I’m Not Buying It! 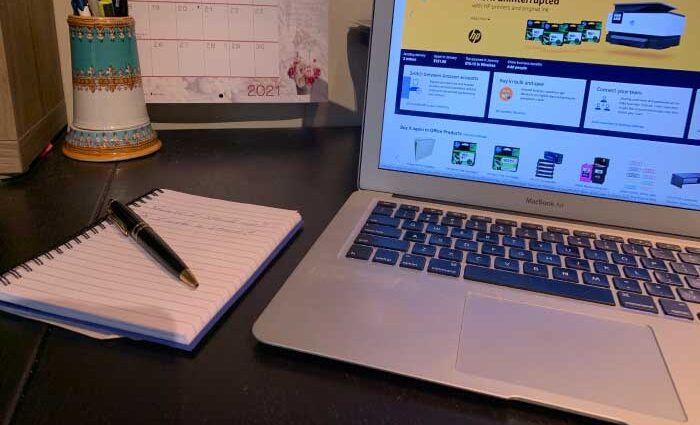 Lately there’s been much news about boycotting this company, and not patronizing that company, because of their political views or actions. While I’m all for making a stand for what we believe in, it does become increasingly harder to adhere to all the constraints we have put on ourselves in the name of solidarity.

Recently there’s been a huge push to boycott Amazon for the part they played in the recent de-platforming of Parler. What Amazon did to Parler was unconscionable, no matter what your political affiliation is.  Can censorship ever be acceptable?  Is it ever to okay to stifle the free speech of another just because it doesn’t align with what’s popular?  Our country was founded on dissension from the norms.  What if our forefathers had allowed their words, their beliefs and their lives to be stifled by popular political doctrine?  Would we all be sipping tea and bending the knee to the English monarchy?

In additional to their pay for services, Amazon is also a forum for small businesses to sell their goods.  In many respects, it’s a virtual mall where individual companies’ set up shop.  If we boycott Amazon, then what happens to these small online retailers?  If you see something you want/need on Amazon, check to see who the seller is.  Often times, you can order the item directly from the seller instead.

Ultimately giving money to the “tech titans” is the last thing I personally want to do.  If only I could put down my iphone, Ipad and Macbook.  But what is the alternative?  Supporting Microsoft, HP and Google?  It’s a darned if you do and darned if you don’t situation. Either way your are supporting big tech.

Conscientious buying is about buying local and supporting companies that you want to thrive.  It’s about taking your money and having it be part of what makes a company successful.  Go to the local markets instead of going to a big box grocery.  Buy gifts from a local boutique instead of one of the major chains.  Eat at a local cafe rather than a franchise restaurant. Be thoughtful about what you spend and who you spend it with.  It’s not about depriving the large companies, but it’s more about supporting the small ones.

Knowing who you support goes a long way with online services too.  One of my favorite online softwares is Airtable.  It’s a database software that I use for most of my clients.  If you can create a spreadsheet, you can create a database in Airtable. I never gave it much thought in the past, but recently felt led to see whether Airtable is a US based company.  Happily, it is. Going forward I plan to make sure that future purchases support our country.  Even a company with differing political ideology that supports the US economy is preferable to one that benefits countries that seek to do us harm.

When it comes to boycotts to social media, rather than seek out a new social media, maybe it’s time to we set down our phones and our tablets and enjoy the world around us.  Go outside and build a snowman. Play a game with your kids. Do anything that doesn’t include “screen time”.  If you can’t or don’t want to walk away completely, reduce your online time.  It’s called “fasting” social media and it can be so rewarding by giving you and your family the opportunity to spend time together and create memories.

Ultimately there are many ways we can make a stand for what we believe in. Concentrating on the positive by supporting businesses that appreciate our patronage, is far better than boycotting a company in retaliation. In the end the result is the same, but one can feed your soul while blessing a business that is deserving of your hard- earned dollars.

2021-02-02
Previous Post: How to Quickly Transition to Winter Decor

What’s New at the Farm